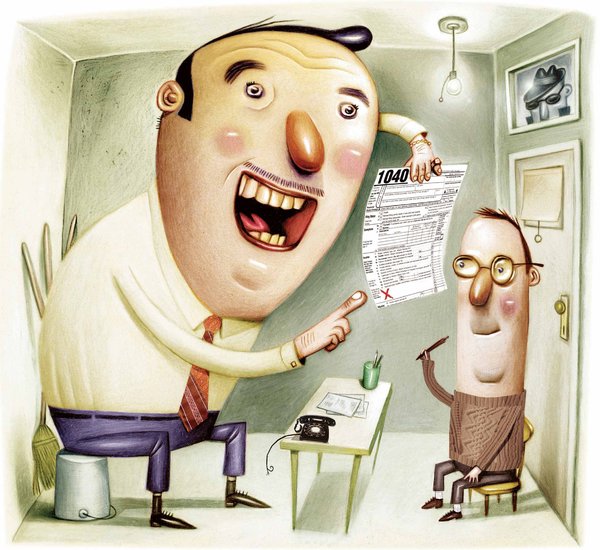 Our good friends at the Internal Revenue Service are offering a bit of sober advice as tax season comes around again. They say it is a very dangerous time of year.

It’s not just that we have to fill out those pesky tax forms and then dig into our pockets to pay whatever outrageous sums the agency demands.

Sure, the agency wants us to do that. But in a news release in January, the I.R.S. commissioner, John Koskinen, warned that there were people who do not work for the I.R.S. who also want to slip a hand into your wallet. “Every filing season, scam artists lure victims in by promising outlandish refunds,” he said.

Wait. He didn’t actually say that last part about being an idiot, at least not in those precise words. I.R.S. commissioners don’t talk like that. Instead, he told people in measured language to be wary of tax preparers who ask them to sign a blank return, “promise a big refund before looking at their records, or charge fees based on a percentage of the refund…”

Read the entire article at The New York Times:

Another Reason to Detest Tax Season (By JOHN SCHWARTZ)

Adriana Perry Consulting is committed to providing our clients with the best Payroll and Accounting services possible. We feature bilingual partners, and offer specialized business consulting, bookkeeping and tax preparation services for individuals and businesses throughout the United States..